Mast Stepping of the DDG-118

On the day before the christening, family, friends, former staff and military leaders came together to participate in the traditional Mast Stepping Ceremony.

The mast stepping ceremony has been a tradition in shipbuilding for centuries. In the past, the placement of the mast into the hull, known as “stepping the mast”, signified the moment when a “shell” truly became a ship. Today, the mast stepping ceremony involves placing or welding coins and other significant objects into the mast step of a ship, and is seen as a traditional moment in a ship’ construction which is thought to bring good luck. It is essentially a “Time Capsule” onboard the ship. The practice of placing coins at the step, or base, of the mast during ship construction originated with the ancient Greeks and Romans. The legend states that these coins could be used by the crew, if lost at sea, as payment for safe passage into the afterlife. This old tradition has survived the test of time. Today, coins and other items are placed in the mast of Navy ships to honor the heritage of the ship, her sponsor, and her namesake. The contents of the Mast Stepping Box are sealed until the ship is decommissioned.

Special items linked to Senator Inouye were placed in a box which was welding into the mast of the ship. Charlie Houy shared wonderful stories as he placed the Senator’s Good Conduct medal into the box. Read Charlie’s full speech at the link below.

Ken Inouye did a heartfelt job placing his grandmother’s brooch and family bible.  Representatives from the Navy, the Senator’s family, former staff, and friends placed the items in the box during a moving ceremony.  We have 2 videos below from this event – the first one is the items that were placed in the box; and the 2nd one shows a some of Senator’s personal history.

Read the speech given by Charlie Houy

Good morning.  On behalf of the Inouye family we are presenting the Senator’s Good Conduct Medal for this mast stepping ceremony.  Now that might seem an odd choice from a war hero whose military medals include a Bronze Star, Purple Heart, and the Distinguished Service Cross which was later upgraded to the Medal of Honor, and a statesman who received the Presidential Medal of Freedom. But remembering the man for whom I worked for more than two decades, it actually makes perfect sense.

Senator Inouye always liked to tell stories, so let me offer one of his to explain.

In 1987, Dan Inouye was chosen to chair a Senate committee to investigate the Iran-Contra scandal.  In what might ring true today, the White House was accused of circumventing the law, usurping Congress’s power of the purse by supplying arms to a right wing militia in Central America.

Outrage and political sniping were rampant in the country.  At the outset, Democrat Chairman Inouye made Republican Senator Warren Rudman, his Vice Chairman.  This investigation would be bipartisan.

Inouye told Rudman that the Republican President, Ronald Reagan, would not be called upon to testify like some common criminal. He said, the memories of President Nixon resigning in disgrace were still too fresh in America’s consciousness. It would be bad for the country to treat the office of the President without complete respect.

Now unlike Inouye, who was of calm demeanor, Warren Rudman, from the granite state of New Hampshire, was feisty, even pugilistic.  According to Senator Inouye, hauling up the President was exactly what Rudman had in mind.  No, not during Inouye’s tenure.

Under Chairman Inouye, the investigation would search for facts and not become a political sideshow.  To most outside observers, both supporters and critics, that’s exactly what happened.

As the investigation was nearing an end, a military officer, who was implicated in the scandal, was scheduled to testify in what was expected to be “Must See TV.”

The day before this testimony, Rudman told Inouye that he should wear his Distinguished Service Cross Medal to the hearing.  Senator Inouye was perplexed.  Now Inouye liked to say that, like he, Rudman was infantry, so he knew he wouldn’t B.S. him.

Senator Rudman, a veteran of the Korean War, explained that millions of active duty military and veterans would be watching.  They’d see a Marine in uniform covered with military ribbons being grilled by politicians.  The Marine would get the benefit of the doubt.  But if Inouye wore his Distinguished Service Cross, Rudman said, they would all know who the true military hero was.

Inouye told him the only medal he ever wore was his Good Conduct Medal.  He explained that yes, he had a Purple Heart, but he didn’t earn it.  Someone shot him; he received a Purple Heart.  And as for the medals he got for his heroic actions including attacking a German machine gun nest single-handedly, well, he said the only way I can explain that is temporary insanity, not valor.  But the Good Conduct Medal, that I earned as an 18 year old surrounded by temptation.  My father told me, when I enlisted, not to dishonor my family.  So, I was on my best behavior.

Ultimately Rudman prevailed and Senator Inouye wore his Distinguished Service Cross to the hearing.  And every military man and woman in America recognized the hero.

As I reflected on the decision to offer the Good Conduct Medal, I concluded nothing would be more appropriate.  In the story I just relayed, like dozens of others he shared, Senator Inouye did what he thought was right for the good of the country.

Dan Inouye was a man who conducted himself appropriately both in war and in peace.  Heroism and statesmanship.  In his political life he crossed party lines frequently to support ideas that he believed in, even when unpopular.  In private, his strong sense of duty mirrored that public persona.  Good conduct indeed.

So, it’s with pride that I stand here today on behalf of his family and offer this medal to be included in the mast box from a man who was always of good conduct.

May god bless the USS Inouye and may God continue to bless the United States of America. 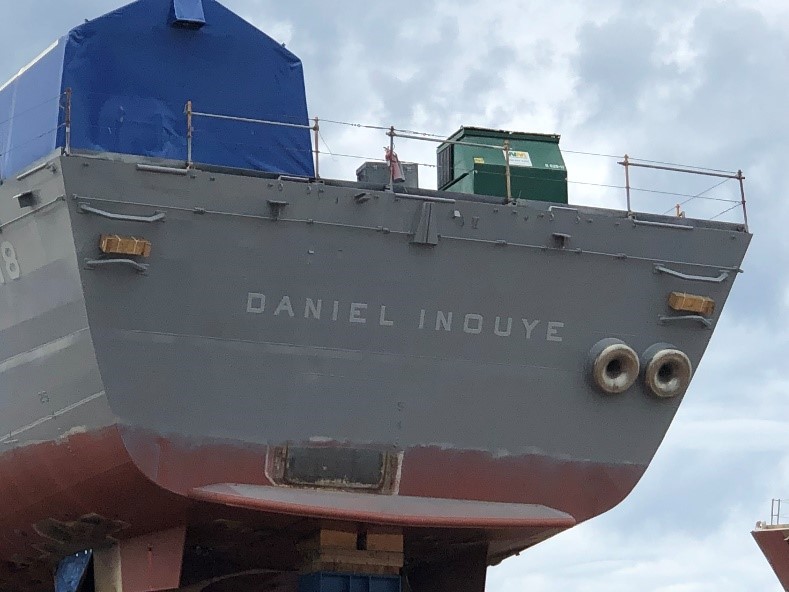 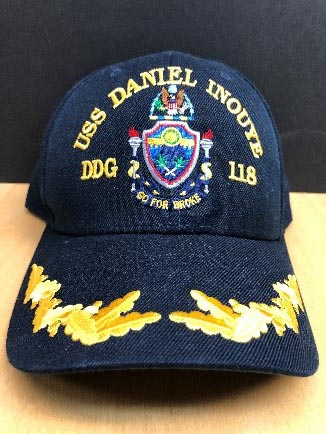 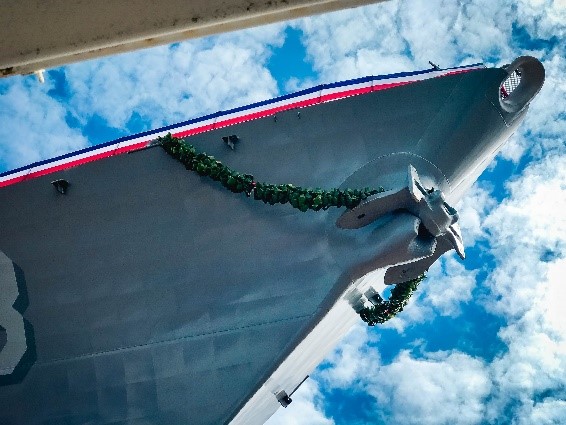 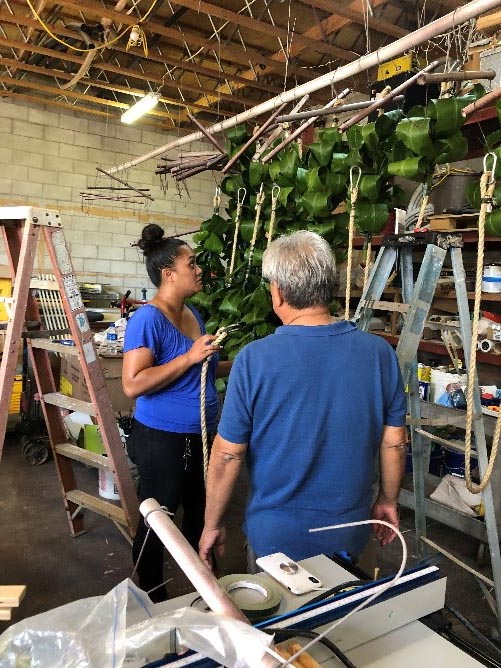 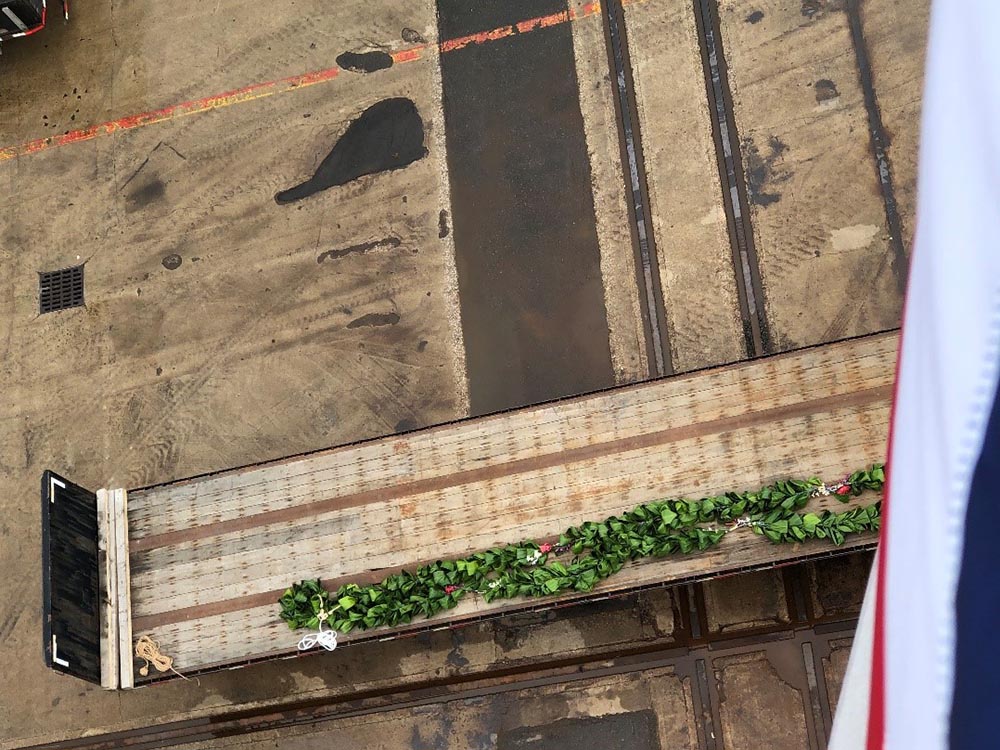 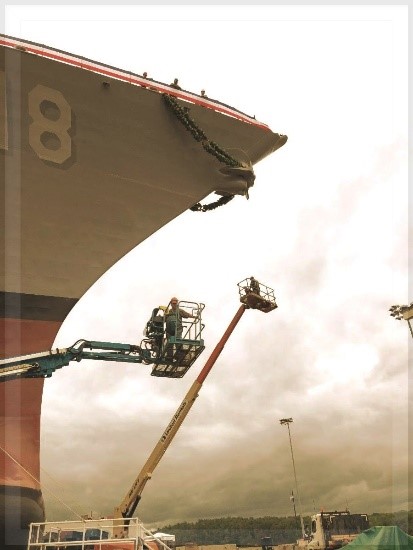 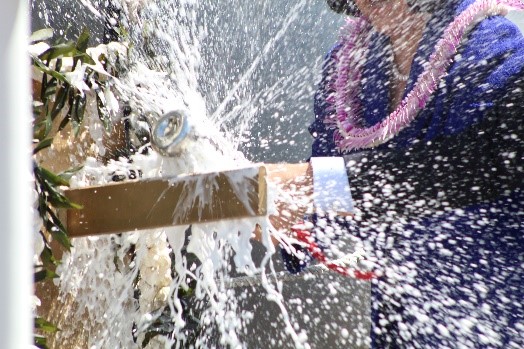 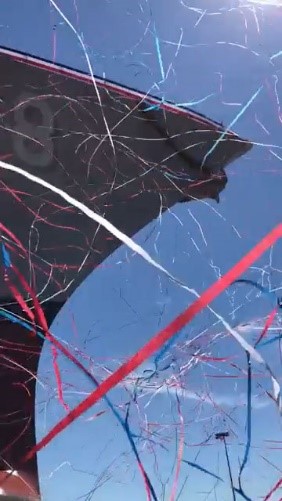 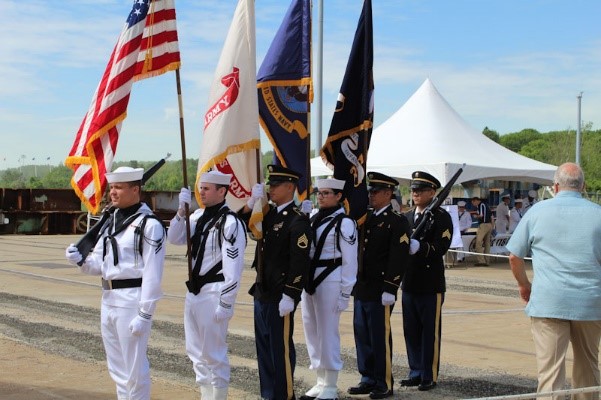 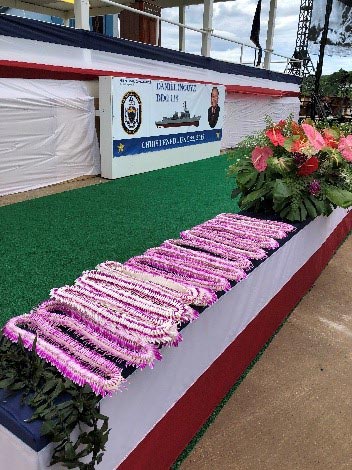 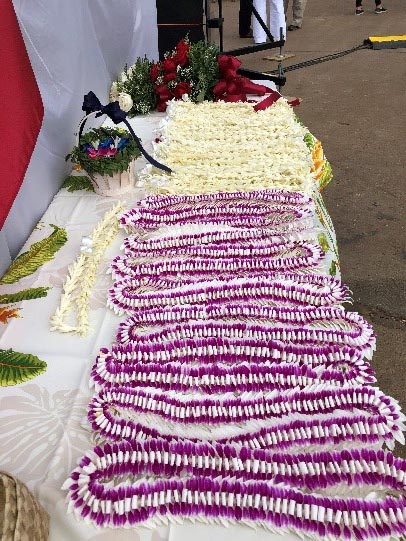