Laying of the Keel

On May 14, 2018, in Bath, Maine, at the General Dynamics Bath Works shipyard, a special ceremony was held for the Laying of the Keel for the USS Daniel Inouye, a DDG 51 Class Destroyer.  The laying of the keel is an age-old tradition.  Irene Inouye as the ship’s sponsor, etched her initials to authenticate the keel plate, symbolizing the joining of the ship’s components.

The USS Daniel Inouye will be equipped with an Aegis Baseline 9 Combat System, including an integrated air and missile defense capability.  It will be an asset in global maritime security, as well as possess anti-submarine and anti-surface warfare capabilities.   Senator placed a high priority on readiness and making sure that our men and women of the armed forces had what they needed to train, fight and return home safely to their families.   He is definitely smiling down on us, at the thought that his name would be carried forward on as a sophisticated defender and protector of our nation. 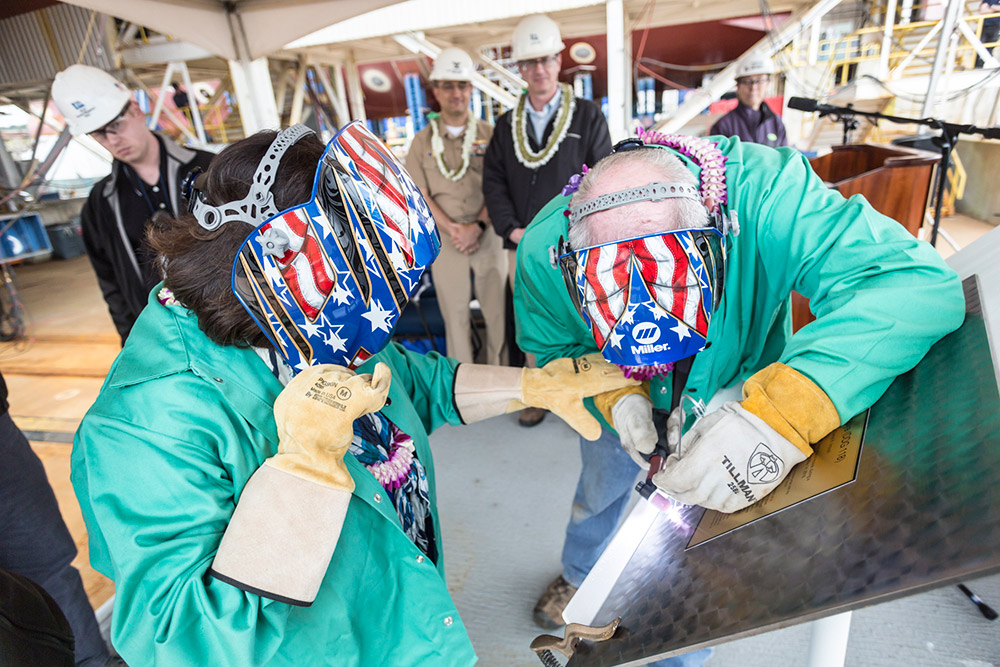 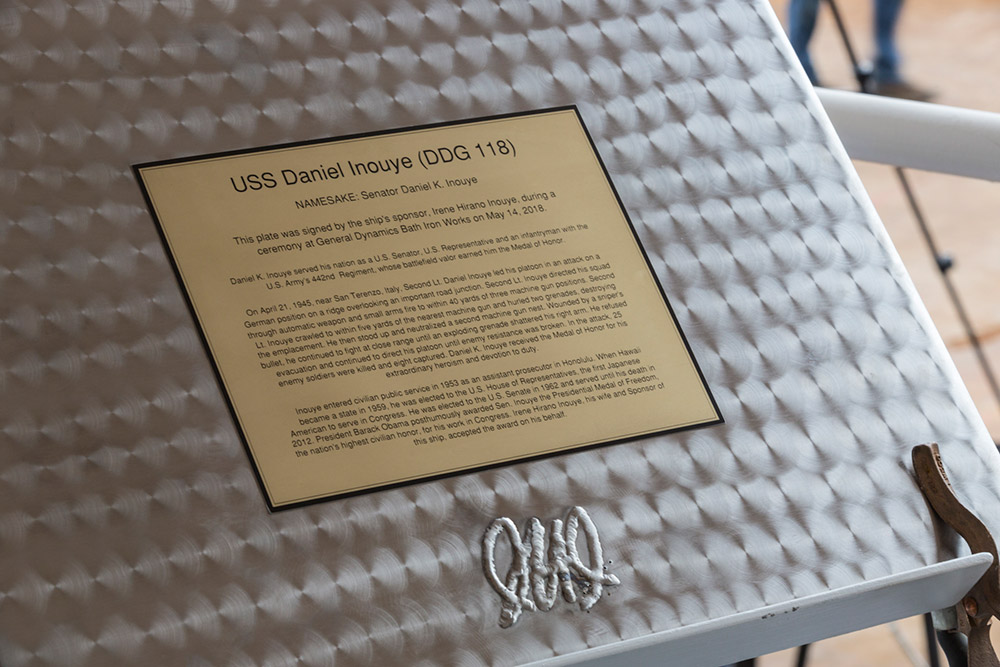 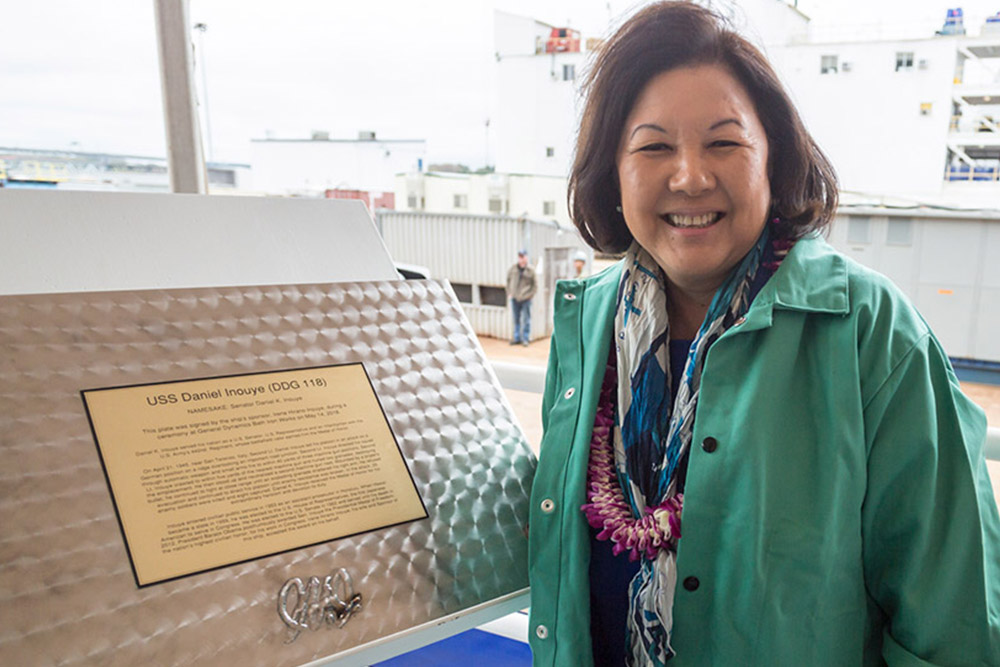