From APCSS.org | Read the article here

“Dan would be pleased that his Institute and the Asia-Pacific Center for Security Studies are carrying forward the priority he placed on bringing people together, sharing information and experiences, and finding common ground together,” said Irene Hirano Inouye of her late husband.  “He would be especially pleased that Admiral, turned Ambassador, Harry Harris is our inaugural speaker, epitomizing the art of collaboration, skillful diplomacy and strong leadership in recognition of the importance of maintaining peace and prosperity in the Indo-Pacific region.”

The series, which will be held twice yearly, will contribute to Senator Inouye’s vision of Hawaii’s role in ensuring a secure, stable and prosperous Indo-Pacific region. Senior officials and thought leaders will have the opportunity to discuss their perspectives with community leaders, current and future, who represent Hawaii’s longstanding support of regional security and stability.

During his remarks Amb. Harris quoted President Eisenhower saying “only alert and knowledgeable citizens can ensure the responsible use of power so that security and liberty may prosper together. The Daniel K. Inouye Asia-Pacific Center for Security Studies is a great example of Eisenhower’s alert and knowledgeable citizenry.  (We) are grateful for your efforts. Keep doing what you are doing. Please… keep doing what you are doing.”

“In a world where people are talking…but not listening, DKI APCSS exists to bring people together for conversations,” stated DKI APCSS Director Pete Gumataotao.  “Our guiding principles of Mutual Respect, Transparency and Inclusion, with our policy of non-attribution, help set the stage for thoughtful discussion on regional security issues which we believe will occur with this speaker series.”

Foundation President Gerald Sumida also stated that: “The Daniel K. Inouye Asia-Pacific Center for Security Studies is the realization of Senator Dan’s passionate vision of the unique role that Hawaii could pursue in bringing emerging leaders from the Indo-Pacific Region together to look at how to identify, assess and find ways to deal with critical present and future issues underlying conflict, cooperation, security, peace and prosperity with this region.  Equally important was his recognition, born of his own experiences in war and peace, that participants in the Center’s programs should pursue these efforts rigorously, imaginatively, cooperatively, and with a deep sense of mutual respect and support, jointly creating new ways of looking at regional issues while forming lasting professional and personal bonds that ultimately translate his vision into operational realities.  The Foundation is very pleased to provide continuing support to the Center and its participants, and this Daniel K. Inouye Speaker Series is an important contribution in our effort to perpetuate Senator Dan’s vision.”

More than 175 people attended the event. Invitations were extended to community members who are stakeholders on regional security issues.  These include government, business, and academic experts and members of organizations such as the Pacific Forum International and the East West Center. The next Daniel K. Inouye Speaker Series event will be held in September. 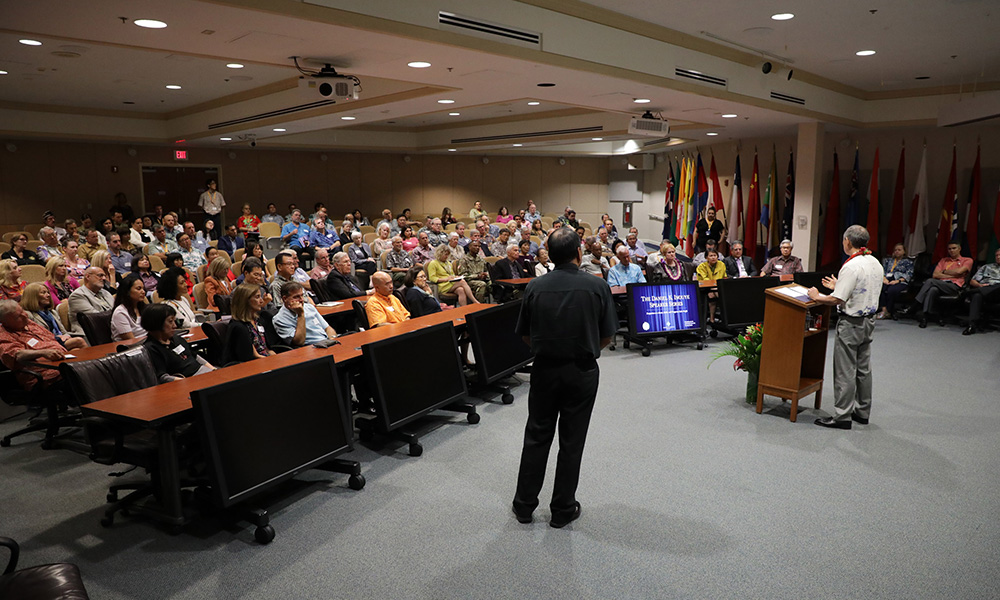 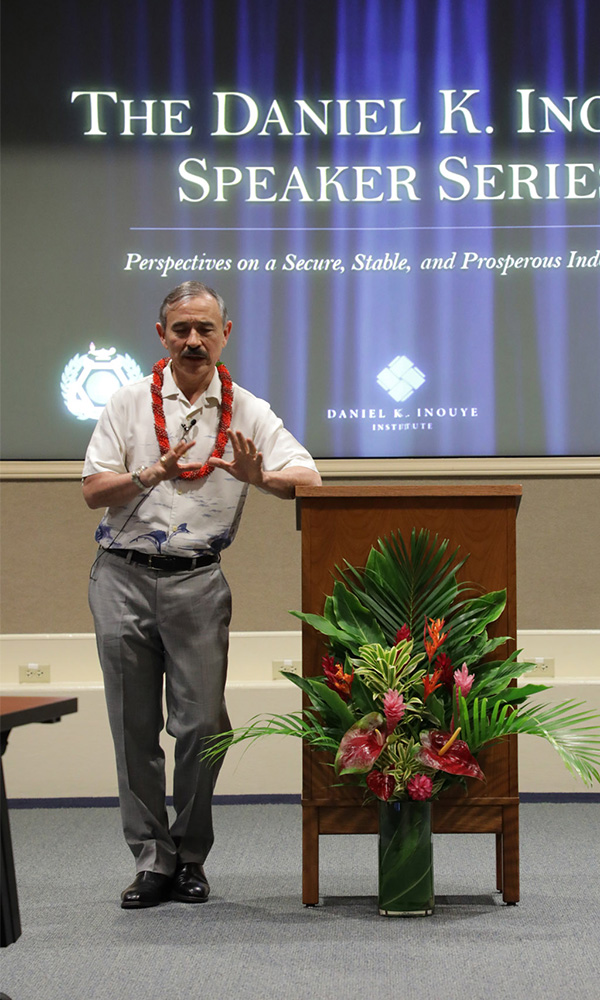 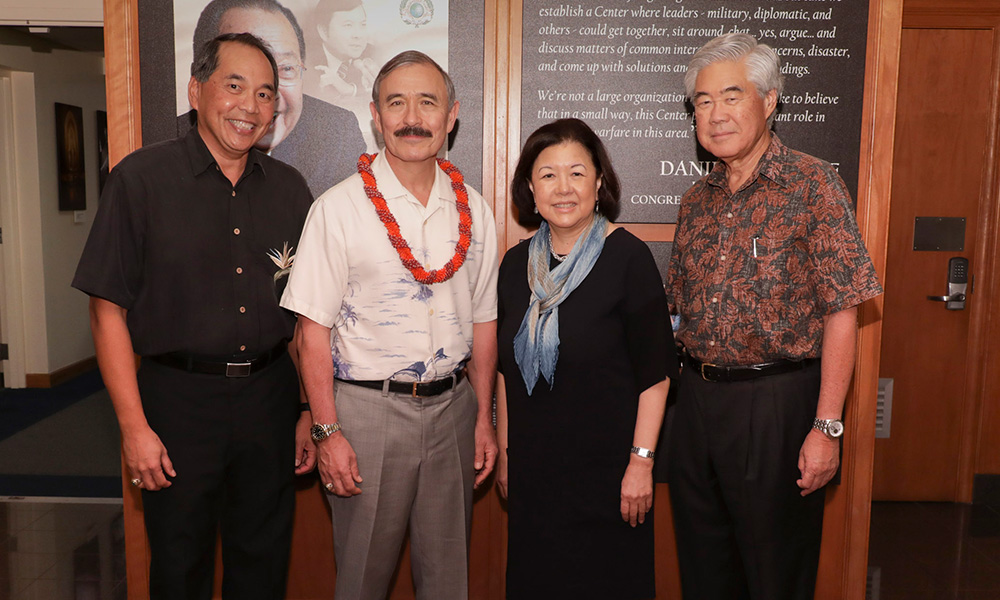 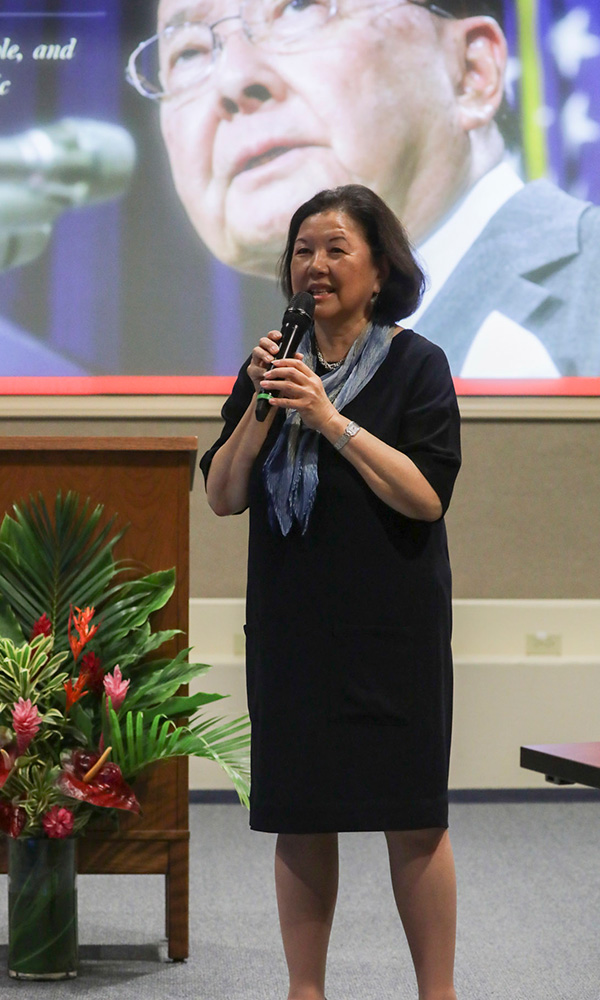