Building a Bridge Across the Globe

From March 3-11, 2019 a group of 23 students and 2 faculty and staff members from Hawaii Pacific University in Honolulu, Hawaii had a life-changing opportunity to visit to Japan made possible by the Tomodachi Kakehashi Inouye Scholars program. All but one of the 23 diverse students and two group leaders had never been to Japan before this trip. The students range in age from 18-38 years and represent an array of academic disciplines including Bio-Medical Engineering, Business, Communications, Computer Science, Diplomacy and Military Studies, Elementary Education, Environmental Science, International Studies, Marine Biology, Nursing, Pre-Med, Psychology, and Social Work. With a diverse range of backgrounds, ages, and interests, the group was able to experience a wonderful array of cultural and educational activities that positively impacted their world views, allowed them to make lifelong connections, and even gave them future career inspiration. 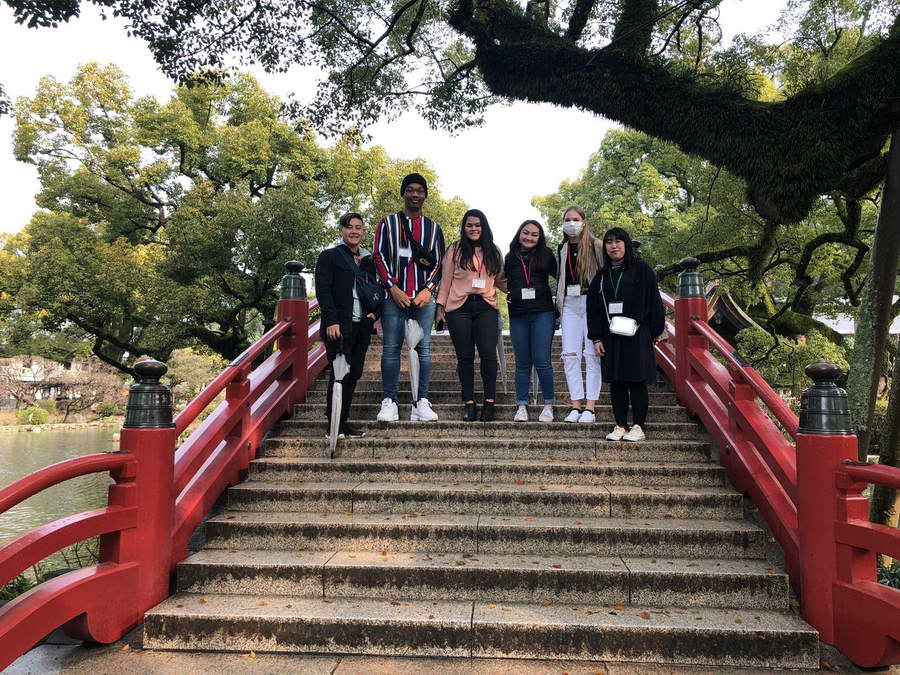 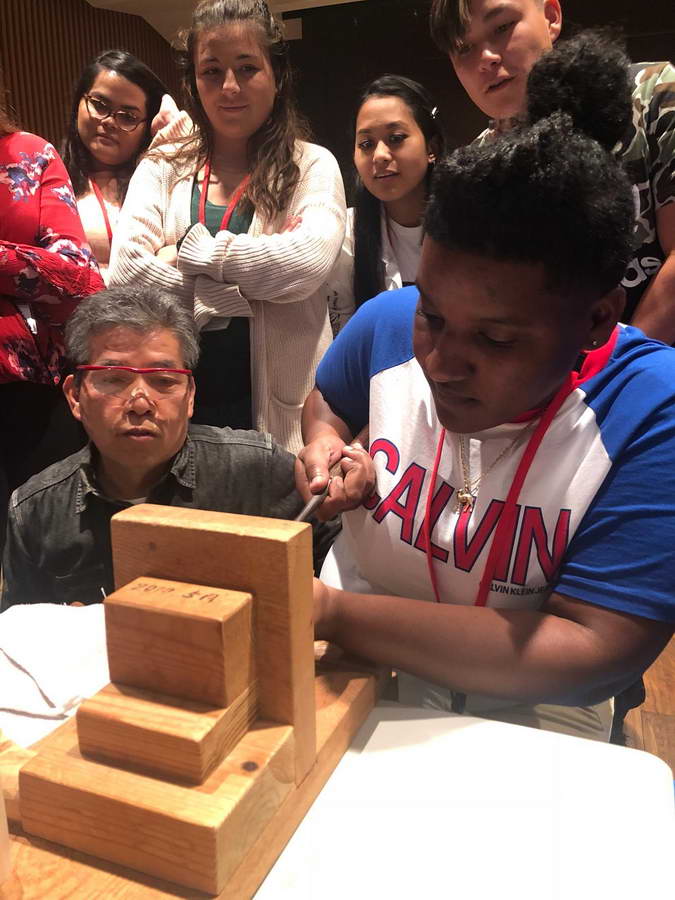 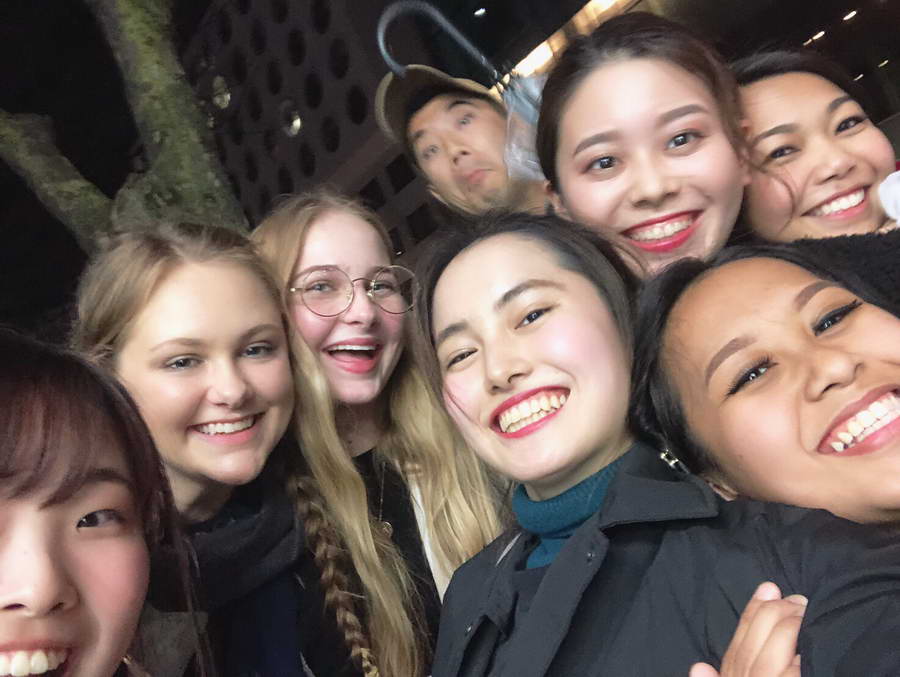 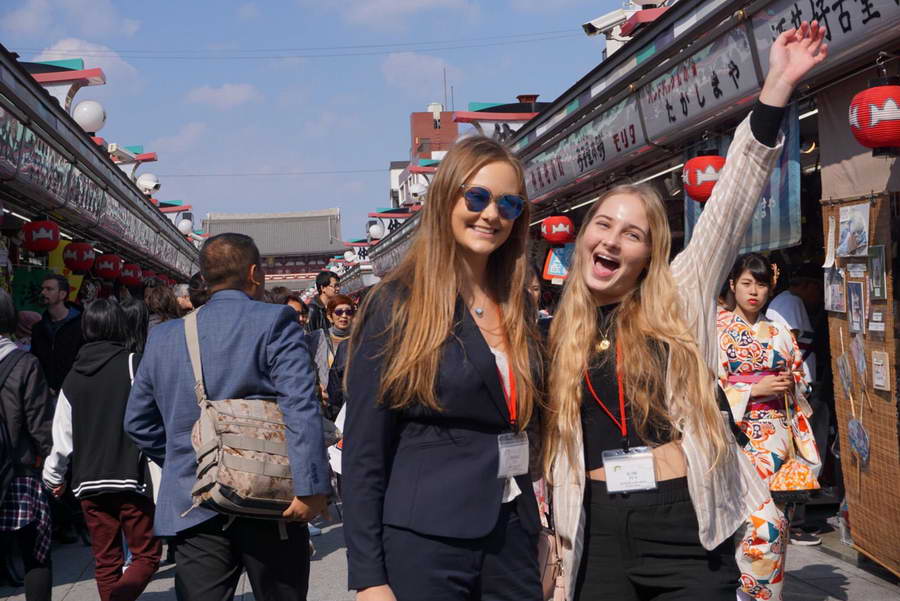 The group started their stay in Tokyo where they visited some memorable sights and were fortunate enough to hear a lecture on Japanese History and Culture by Dr Akira Nakamura. The students were fascinated to learn about Japan’s military and constitution, and student Russell Matsumura commented,

“Dr. Nakamura’s lecture provided first -hand insight on the history of modern Japan and the Japanese perspective on several controversial topics such as domestic politics and international relations and the effect it has on the Japanese people.”

After a few wonderful days in Tokyo, the group travelled to Fukuoka, and the students immediately commented that they loved the city of Fukuoka and the surrounding areas. Upon arrival in the Fukuoka Prefecture, they visited Ogori City where they were greeted by the mayor with a talk about the city and it’s efforts to increase tourism. This was another highlight of the trip, and some students even expressed desire to work with the city in the future to aid with their project.

Student Lyka Corotan wrote, “Growing up in Hawaii and being in the business academy in high school, I have done many projects with marketing and working in the hospitality and tourism industry. I would like to somehow get involved in the project and one day going back and sharing my own ideas.”

Another highlight in Fukuoka prefecture was visiting Dazaifu where the group painted wooden finches and was guided through the beautiful Dazaifu temple by their exchange group from Fukuoka Jo Gakuin University.

Student Mikalea Gray remarked, “My most enjoyable activity was visiting the Dazaifu Temple for the god of literature with the Fukuoka Jo Gakuin University Students. The students traveled long distances from their homes to show us around the town. The town was full of many delicious foods that we had the chance to try while we caught up with each other.”

The group also learned about a flood in the village where they did their homestay, Asakura, and the communal effort to rebuild the town, which made a lasting impression.

“I learned from a presentation on the disaster relief in Sanren Suisha Market in Asakura Fukuoka that there were 40,000 people who aided the disaster in Asakura. Many Japanese people that lived far away from Asakura went out of their way to purchase produce from the Asakura market in order for the farmers to sell their products and encourage them to persevere. The people in Japan faced adversity together as a whole country which shows how the country is united,”  shares Trisha Marie Baltazar.

The students also had a chance to experience and act out some traditional Kyogen theater, and enjoy all of the other sights and food of Fukuoka Prefecture. 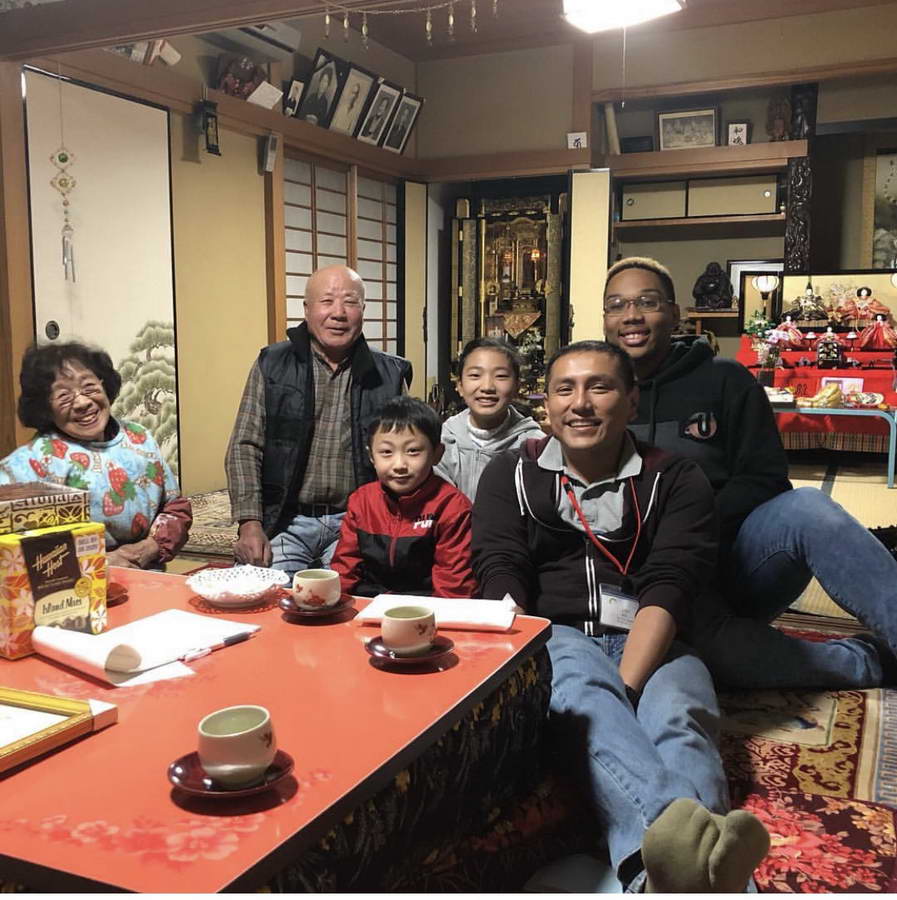 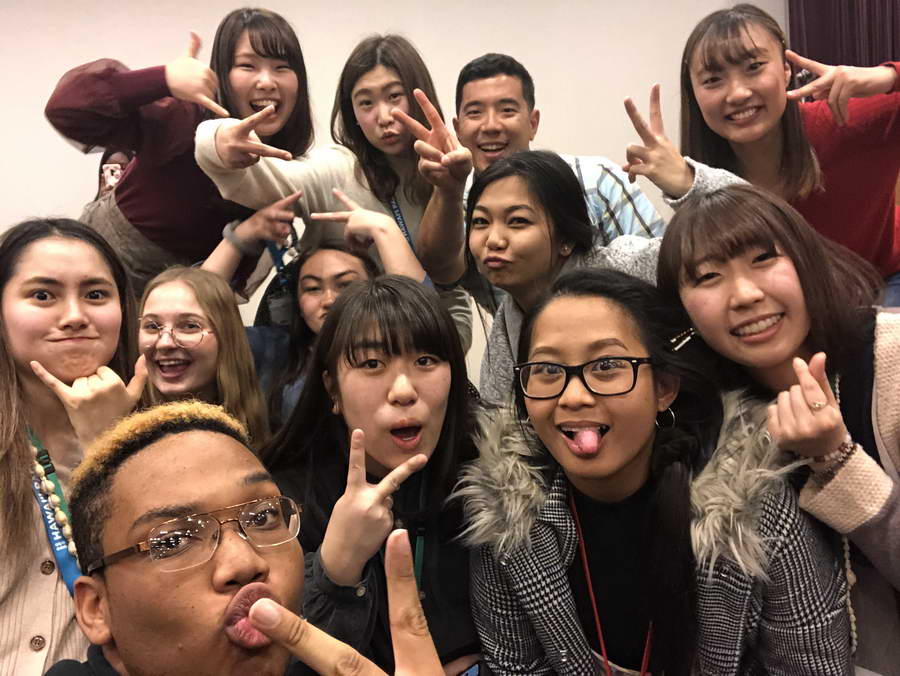 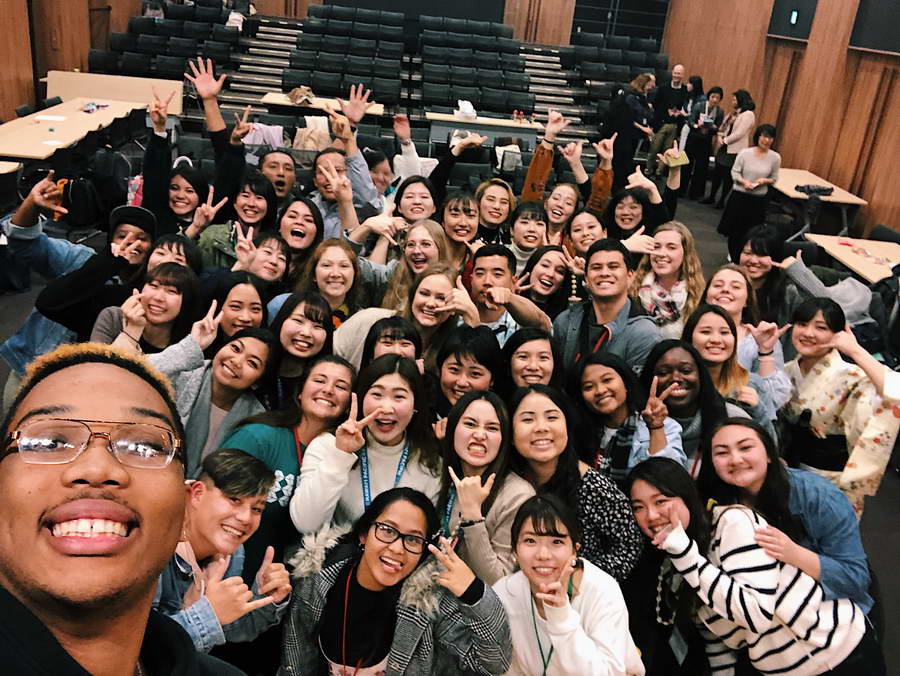 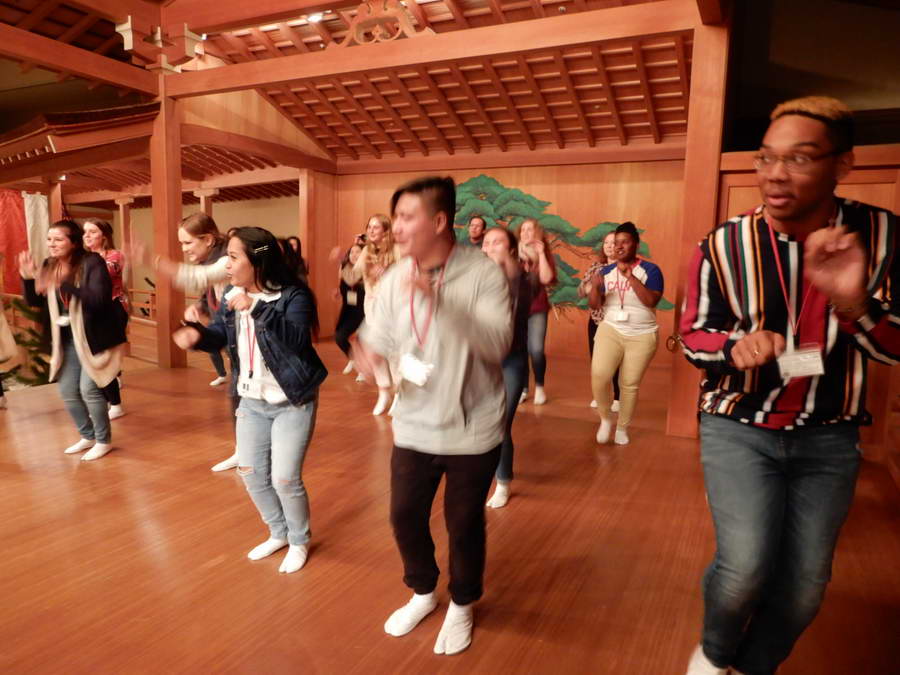 In addition to all of the amazing cultural, educational, and historical sites they saw, the most memorable and meaningful parts of the experience were the exchange with the Fukuoka Jo Gakuin students and the homestay experience. The students from Fukuoka Jo Gakuin were so welcoming and kind, and they visited the HPU students at the Dazaifu temple, they came to sing karaoke and eat ramen in Fukuoka city center, they graciously hosted them at their university, and they even came to the airport with gifts for the HPU students. After an educational cultural exchange at the university, students learned more about what college life is like in Japan. Together the students had discussions about their differences and about how to improve their own respective countries. By the end of the day, there were many tears and everyone made plans and promises to visit each other soon. It was clear lifelong connections were made.

Another student, Amber Smith, made plans to incorporate her experience with the students into her future career, “Several of the girls I met are aspiring English teachers. We have exchanged social media information and as a future teacher myself, I am positive we will create an innovative way to connect our classrooms.”

“Prior to the trip, I was nervous about the home stay because of the language barriers and the fear of disapproval (especially since I am a Japanese-American). However, it turned out to be one of the best experiences I have ever had. My home stay parents were very kind and welcoming. When my host mom struggled to pronounce my first name, I immediately smiled and told her that she could address me by my Japanese name, Nobuko. Her smile grew as she told me that her sister’s name was also Nobuko,” shares Dori Nakayama.

It was a truly memorable experience, and the students were impressed with all of their experiences in Japan as well as some of the things they saw. Many students commented on the lack of trash cans, the amazing recycling, the local and fresh food, and the accessibility for people with disabilities. They are excited to use some of these ideals in their everyday lives back in Hawaii as well as share their amazing experiences with family and friends.

Student Dakota Jackson summed up the trip well, “The history and content I was taught, was so enriching and enlightening that it made my trip not only fun, but purposeful. I came into this trip really hoping to learn more about Japan and the people that reside in the country, and this trip did just that.” 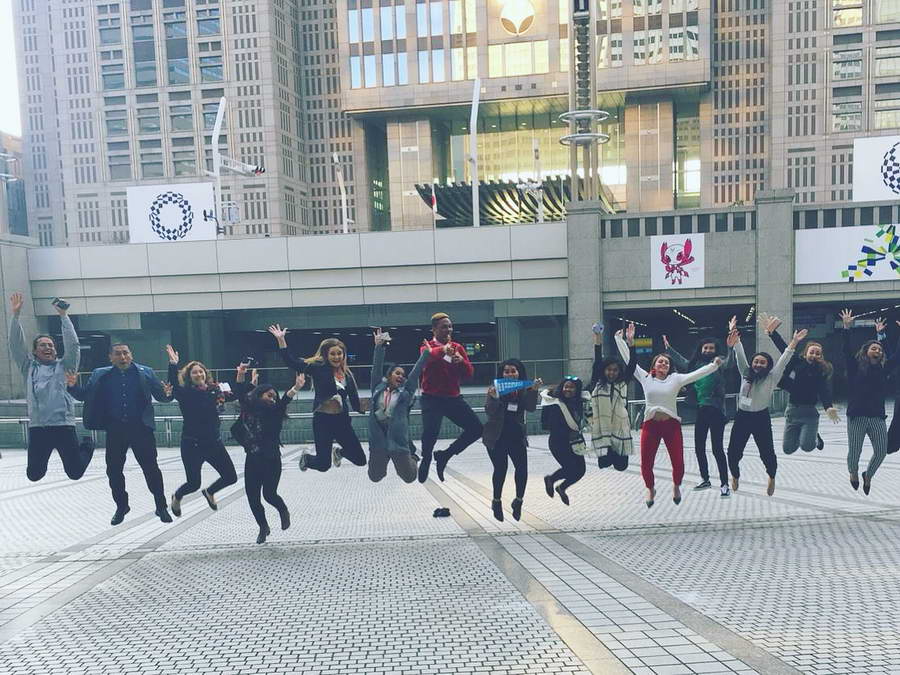 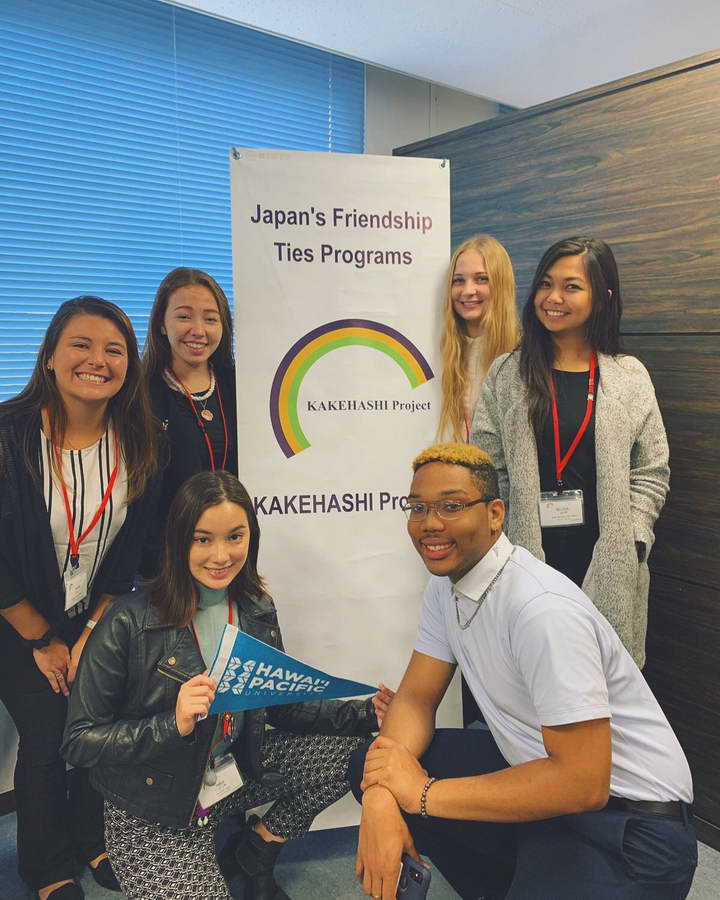 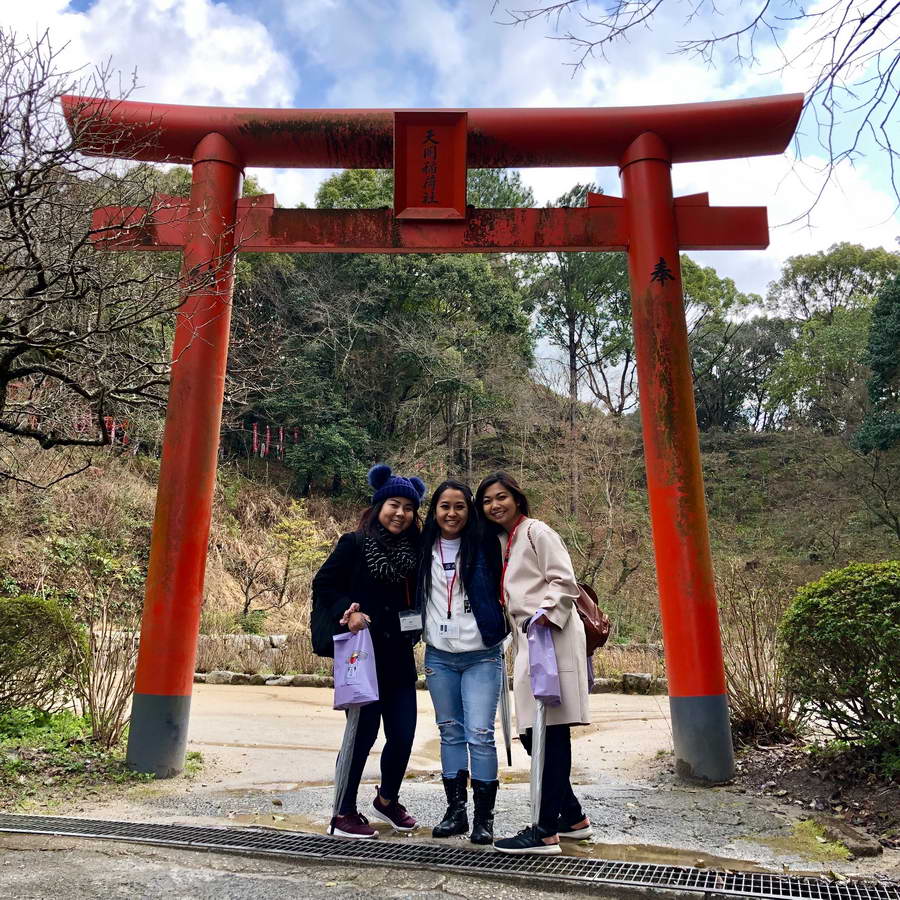 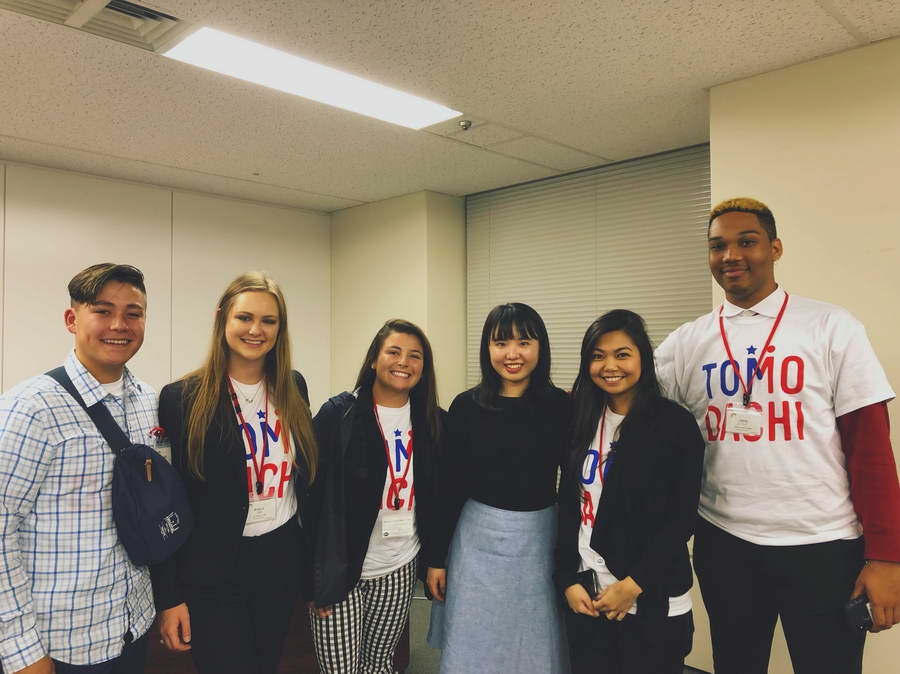